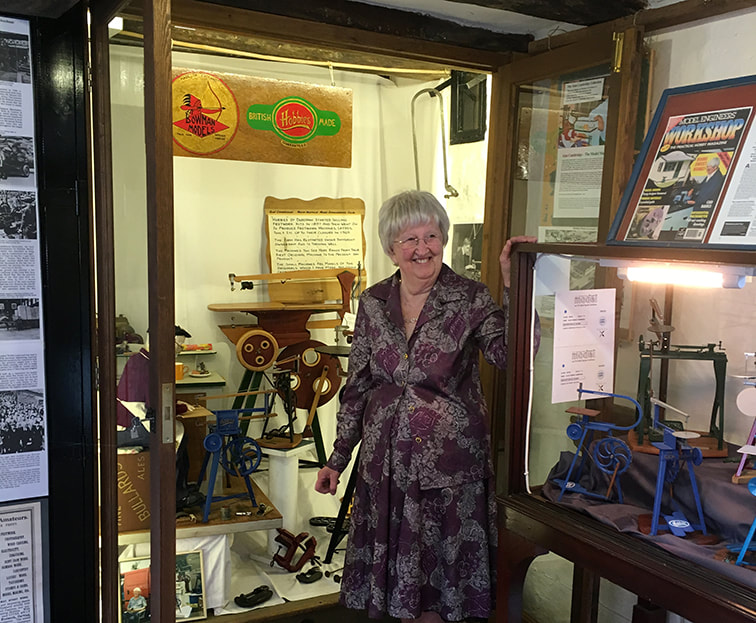 Margery Cambridge at the opening of the museums Hobbies exhibition in 2017.
Alan’s wife Margery generously donated Alan’s Hobbies collection of  to Bishop Bonner's Cottage Museum in 2017 for future generations to see and appreciate the remarkable Hobbies legacy. ​ 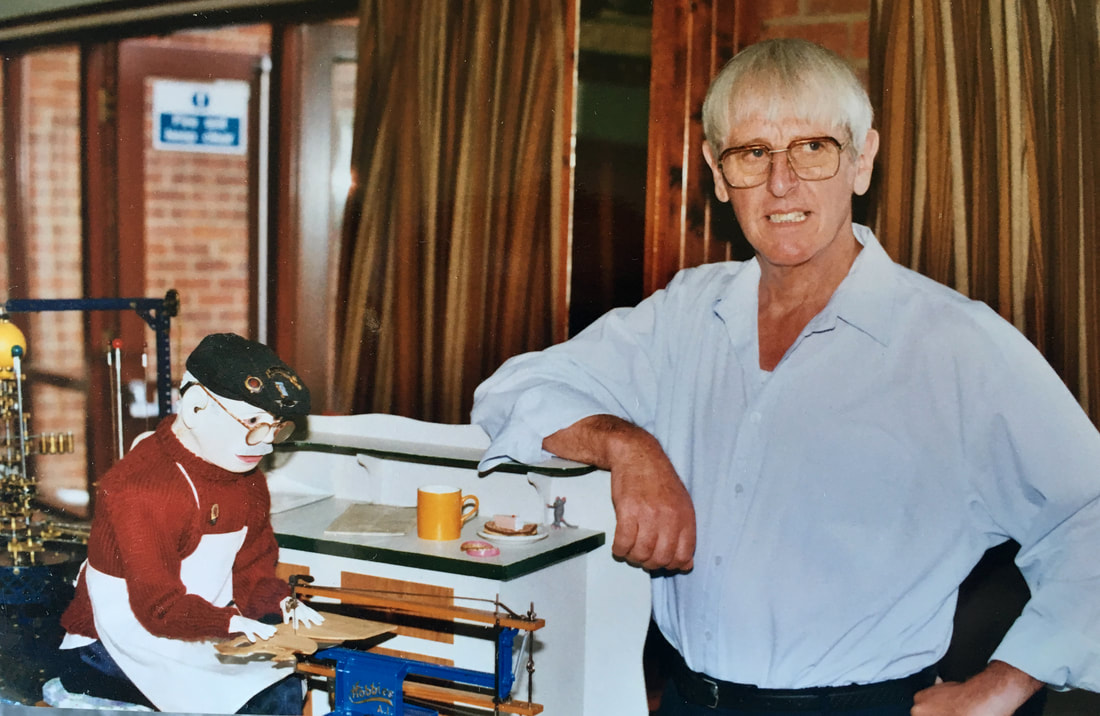 Alan Cambridge with his automaton 'Old Joe'. ‘Old Joe’ accompanied Alan on his visits to shows throughout the country.
​Alan Cambridge - The Model Maker

The description “model maker” in this context is taken to mean someone who makes a smaller version of something, which is
absolutely true to scale and carries every detail of the original. When viewed without the benefit of a reference point which gives an indication
of size, such as in a photograph, it is not possible to distinguish a model from the real thing. Over the years Hobbies supplied raw materials, tools and detailed instructions to model makers for a myriad of models - ships, aeroplanes, locomotives, steam engines – the list goes on.
But never once did it occur to Hobbies to include their own fretsaw machines for miniaturization!

Alan Cambridge retired to Norfolk from his trade as a tool and gauge maker. With time on his hands, he decided to take up model making
- but what subject should he choose to model? He had been given one of the original Hobbies Al treadle fret machines, which he had restored to its original condition. “That’s it!”, he exclaimed, “I will have a go at making a model fret machine”. Obviously no plans were available, so Alan had to measure every part of his original machine accurately and scale it down to one-third full size before spending hours in his workshop making the miniature version. He had never made a model before, but his skill gauge maker gave him the necessary for detail and accuracy. Encouraged first effort, Alan Cambridge joined the North Norfolk Model Engineer Club and has had some success in exhibiting his models at various shows. He has win three silver medals at the
International Model Engineer Exhibition, held each year at Olympia, London, and another silver medal at the Norwich Model Engineer Show. Every model is fully working and meticulously detailed. 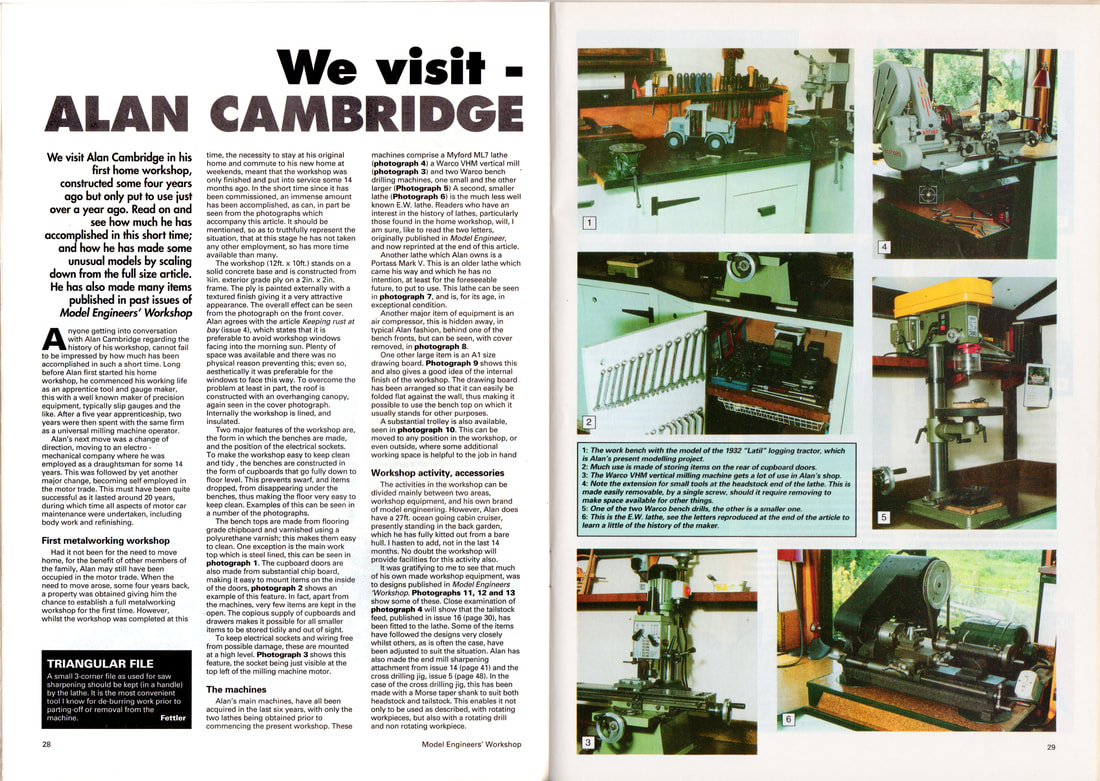 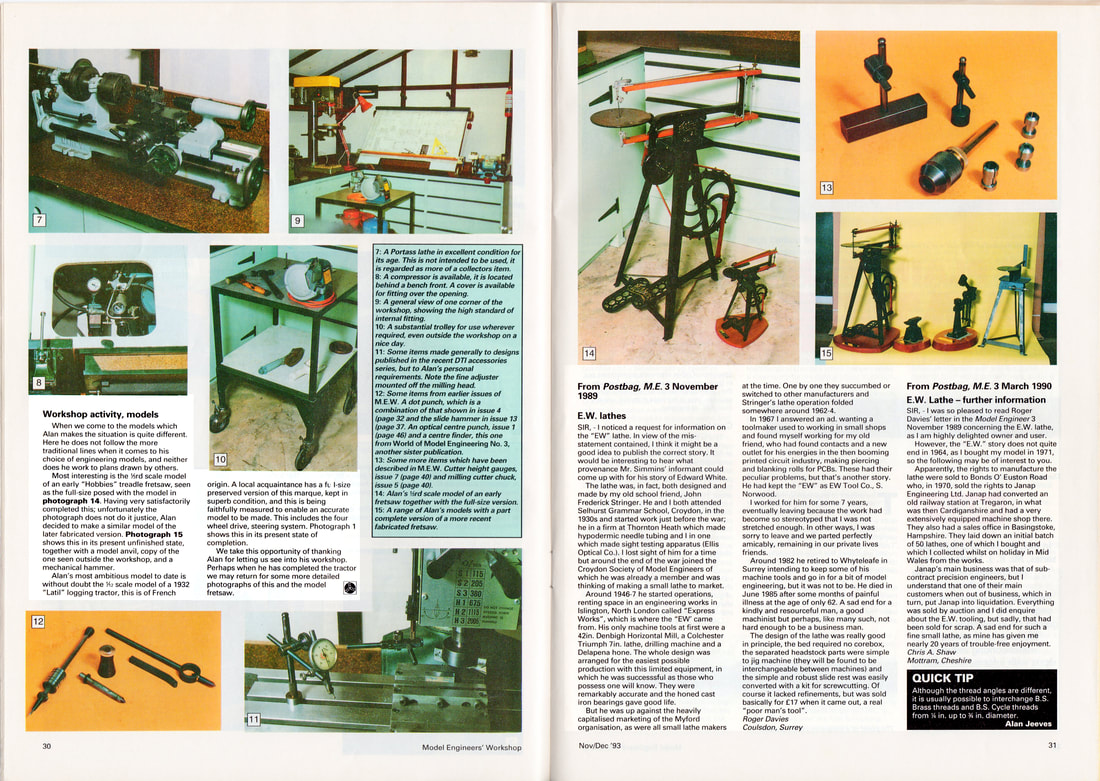 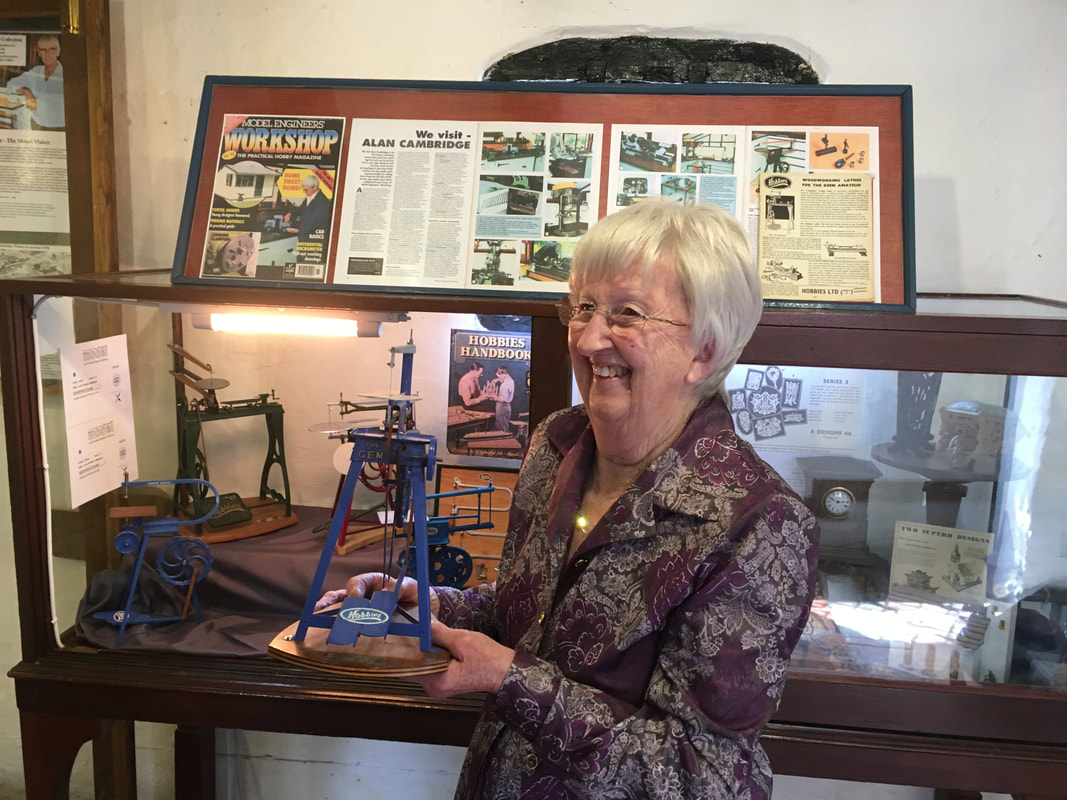