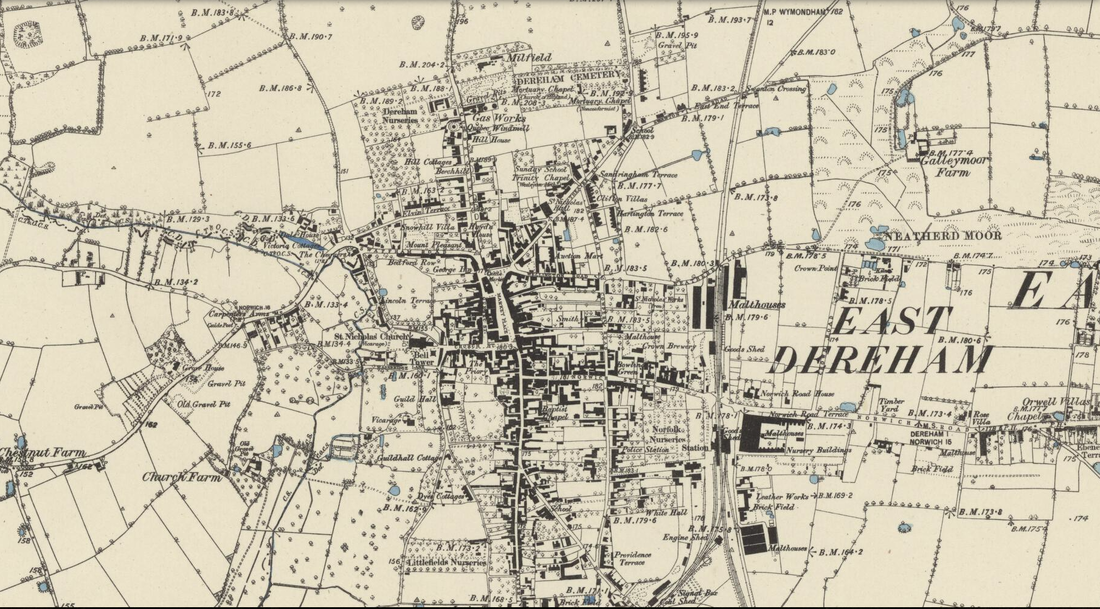 Dereham 1884
The information in this section is taken from a document written by members of Dereham WEA and the University of Cambridge Board of Extra-Mural Studies led by Chris Barringer in 1989, and given to the Dereham Archive in 1998.
The original authors were: Joan Adams, Chris Barringer, Ben Norton,
Teddy O' Donnell, Brian and Ruth Warwick-Smith, with help and additional material from Colin and Anne Chambers, Joy Lodey, Sharon Lake and
​Beryl Flatt.
The text was prepared for this website by Steffi Spooner.