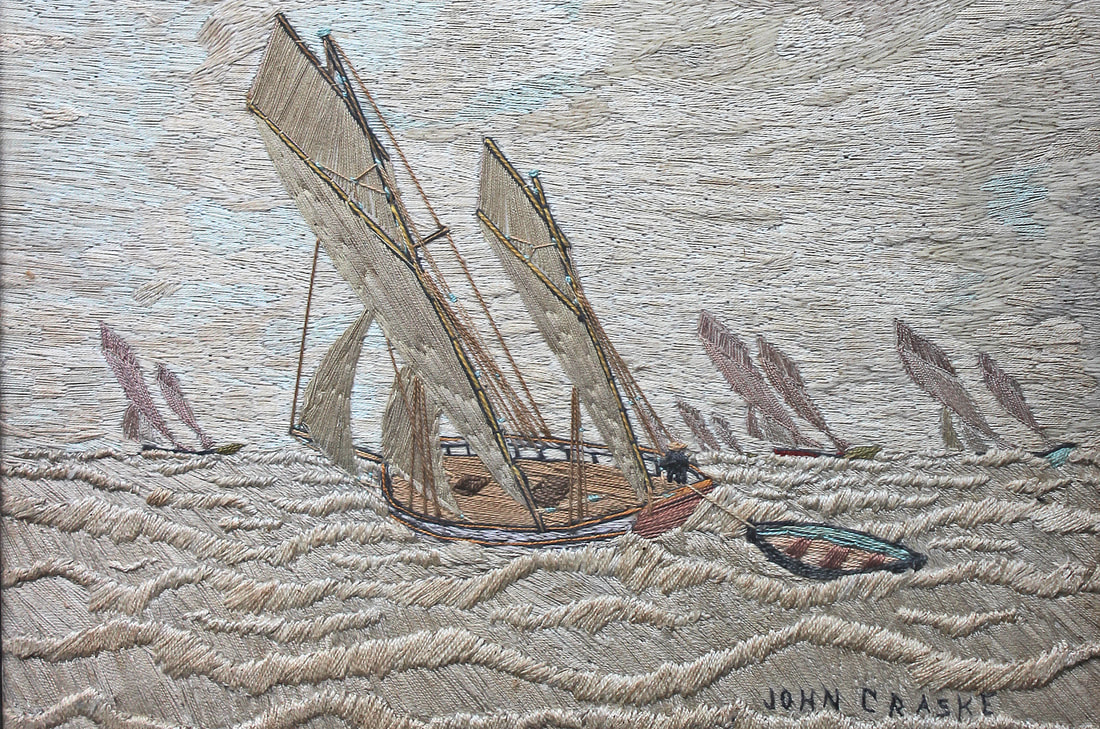 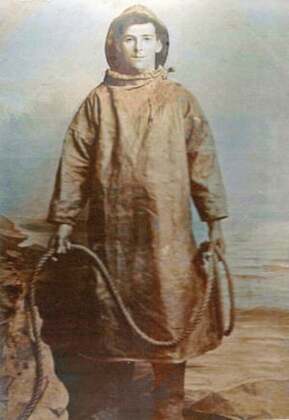 John Craske
John Craske was born in Sheringham in 1881. From the age of 14 he went deep sea fishing with his father and brothers off Sheringham and off Grimsby. At around 24 years of age, his family moved inland to Dereham. There they opened the first of three fish shops.

John was the third son and to begin with he would hawk the fish around the nearby villages including Swanton Morley and North Elmham, often working very long hours.

On Sunday he sang hymns in the Market Place and that was where he met his future wife, Laura Eke. Together, they rented and ran a fish shop at number 15 Norwich Street. Later, the family bought number 21 Norwich Street and John would work in the shop and Laura ran the smokehouse behind.

During this time, they lived at number 42 Norwich Road. 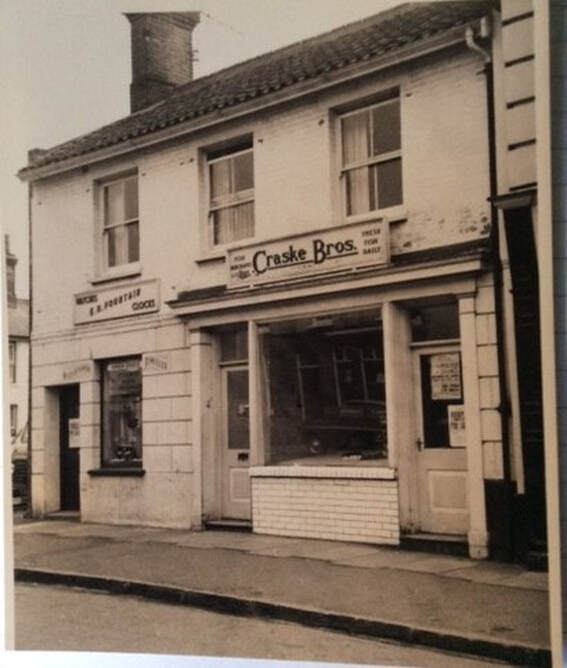 This is the fish shop at number 21 Norwich Street, Dereham.
When John was 36 he was conscripted into the army but it was soon reported to Laura that he had contracted influenza and was in an army hospital. Poor John never completely recovered and was an invalid for the rest of his life, sometimes bed-ridden for months. 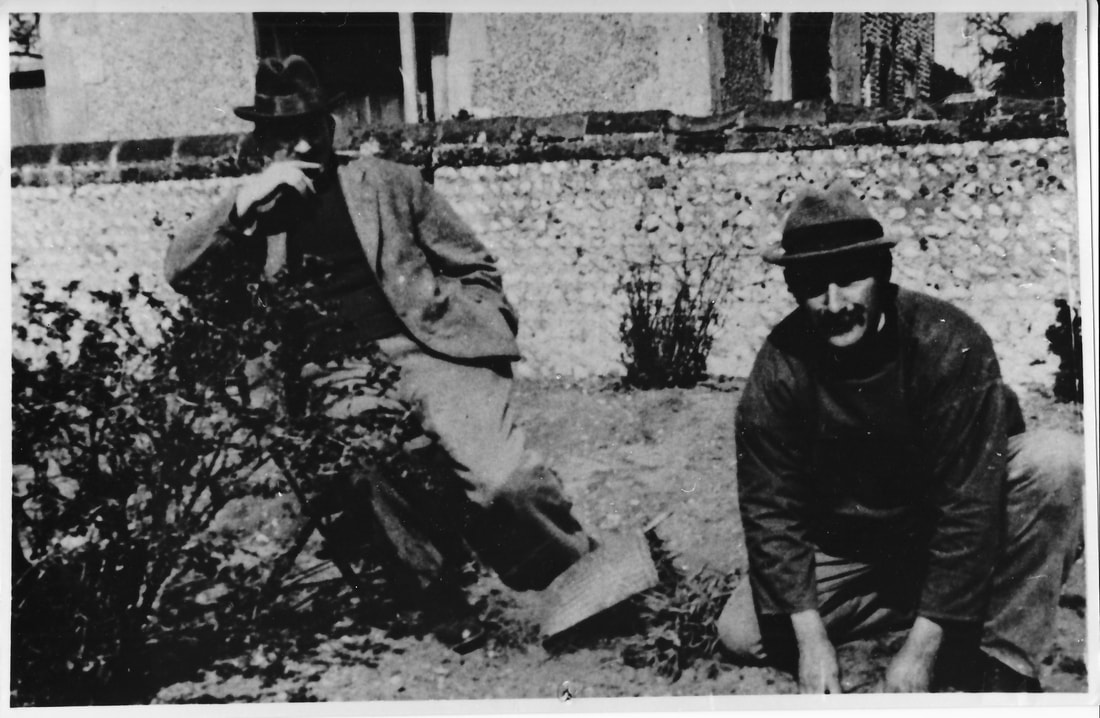 John on the right before 1929
Dr Duigan prescribed sea air and said that, to occupy himself, John could take up embroidery. Thus began the astonishing career as an artist of this former fisherman. A friendship developed between the doctor and John and the poem below shows the admiration Dr Duigan had for his work.

Painter of pictures, fisherman is he,
Whose memories of his early life at sea,
He now portrays, Lifeboats & Sailing Barge,
Trawlers, Drifters, Steamers small & large.

Lighthouses sending forth thy beam of light,
By rock bound coast upon a stormy night.
All this he does in paint or sometimes silk
Most dextrously woven as he wilt.

His pictures all have atmosphere:
The tang of salt is in the air.
Fisherman, artist of the sea,
A strong Salvationist is he:
True follower of Galilee.

The Duigan family have a collection of John Craske's artworks, embroideries and personal cards such as the one below.

Painted card from John Craske to the Duigan family ©.
Until his death at the age of 62 in 1943, John produced many paintings and even more embroideries. He began to develop his own style, sometimes inventing his own stitches so as to capture the swell of the waves. Most of his pictures involve the sea, or cliffs and beaches or fish. It is said that he captured perfectly the way a boat sits into the waves as it leans into the wind.

Luckily for John and Laura, his work was discovered by American art collectors and over the years many pieces were bought and shipped to America. This was probably the only income they had in the latter years of their marriage. John and Laura’s graves can be found at Dereham Cemetery, on Cemetery Road. ​
Dereham Heritage Trust has three works by John Craske - two paintings and one embroidery - in their collection, though they are not on display in the museum at moment. ​ You can buy a fascinating booklet about the life and work of John Craske from the the online shop, here: John Craske – Fisherman Painter in Wools.   ​
Today some of Craske's embroideries can be seen at the Sheringham Museum and with their permission we reproduce images of a few pieces here,  ©Sheringham Museum at the Mo. 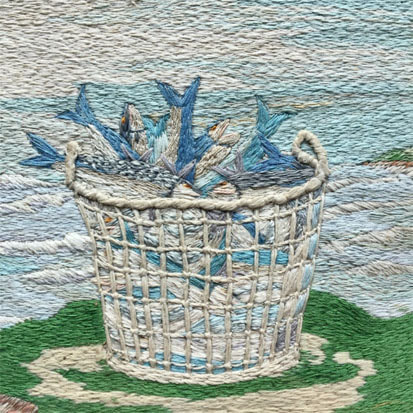 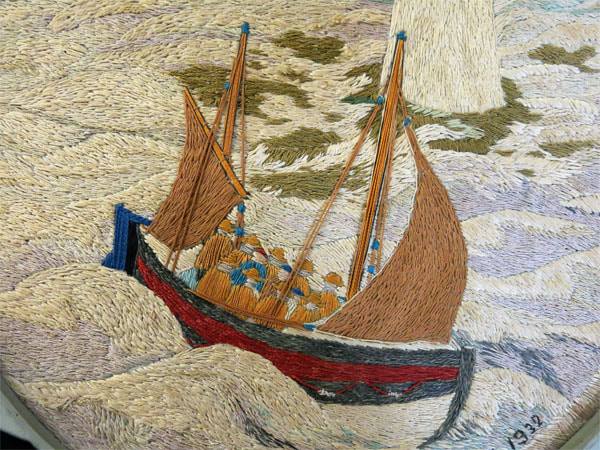 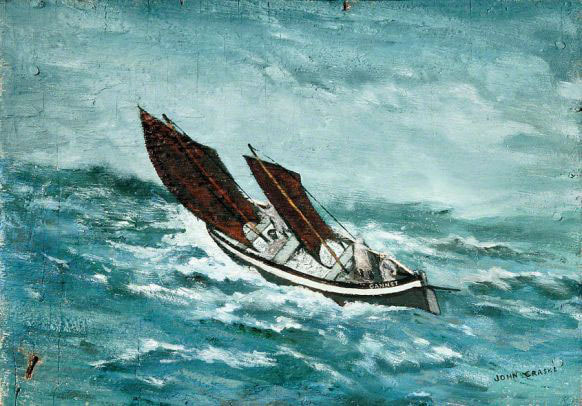 The life and work of John Craske in song
The life and work of John Craske was set in song and premiered at the Sheringham Museum at the Mo on the 7th July 2020, performed by Dereham’s own Anto Morra.
With thanks to Jeff and Mhairi of Norfolk Nuggets for filming and editing a superb production to professional broadcast standards
Grave of former fisherman and artist restored in fitting tribute 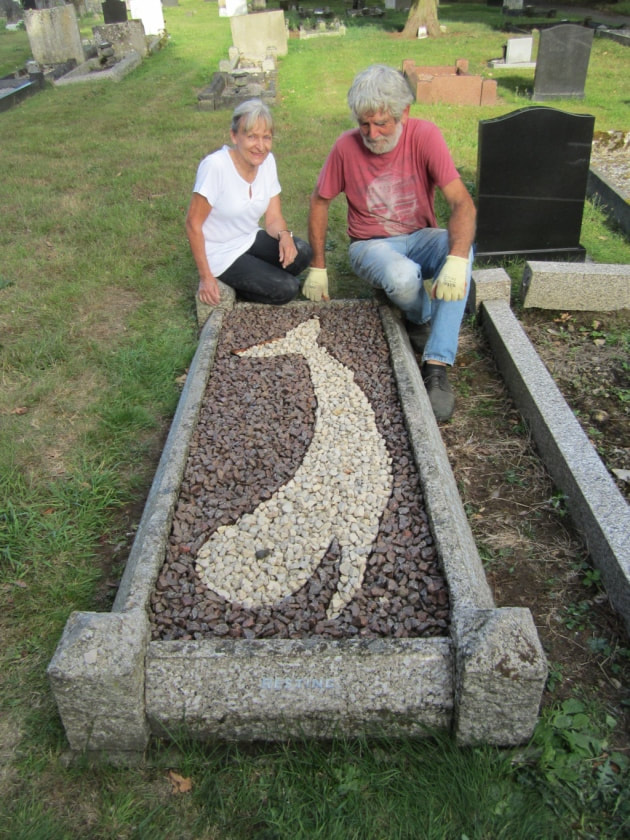 © Trevor Craske
The artist’s great nephew Trevor Craske and his wife, Liz have restored John Craske's grave, read more about their work by following the link below.
https://www.derehamtimes.co.uk/news/grave-of-john-craske-restored-in-fitting-tribute-1-6806609