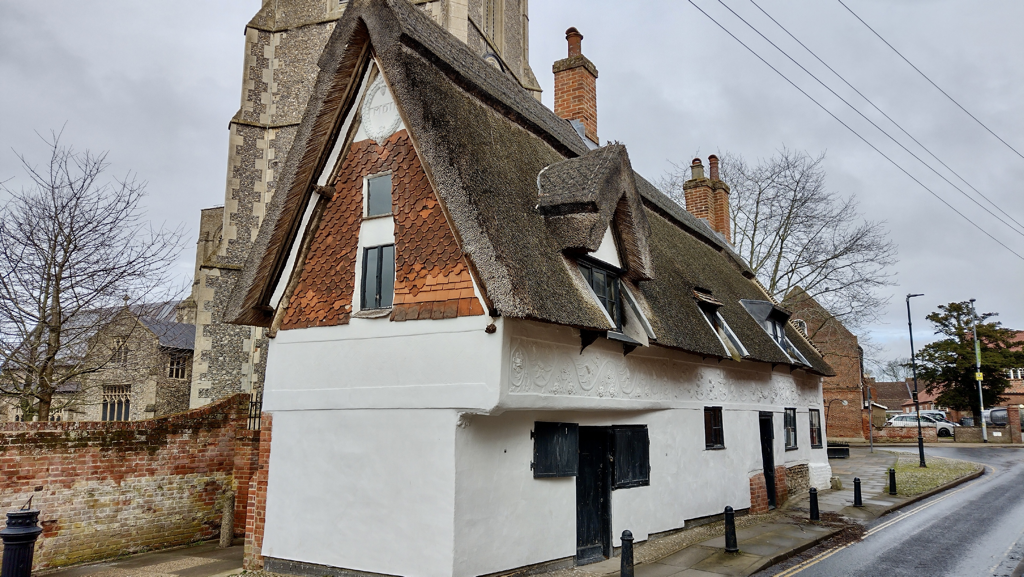 Virtually untouched by the 21st century, this beautiful timber-framed, thatched building is particularly noted for its unusual coloured pargetting. Originally three cottages, it is the oldest surviving domestic building in Dereham, and with its original sloping ceilings, tiny rooms, twisting staircases and wooden beams, it is easy to imagine how the many previous inhabitants lived here in the past. The row of three cottages survived the great fire of 1581 and again in 1679, then later the bombs dropped during the Zeppelin raid of 1915. It is now the town’s Museum, with the building itself being perhaps the Museum’s single most important resource. 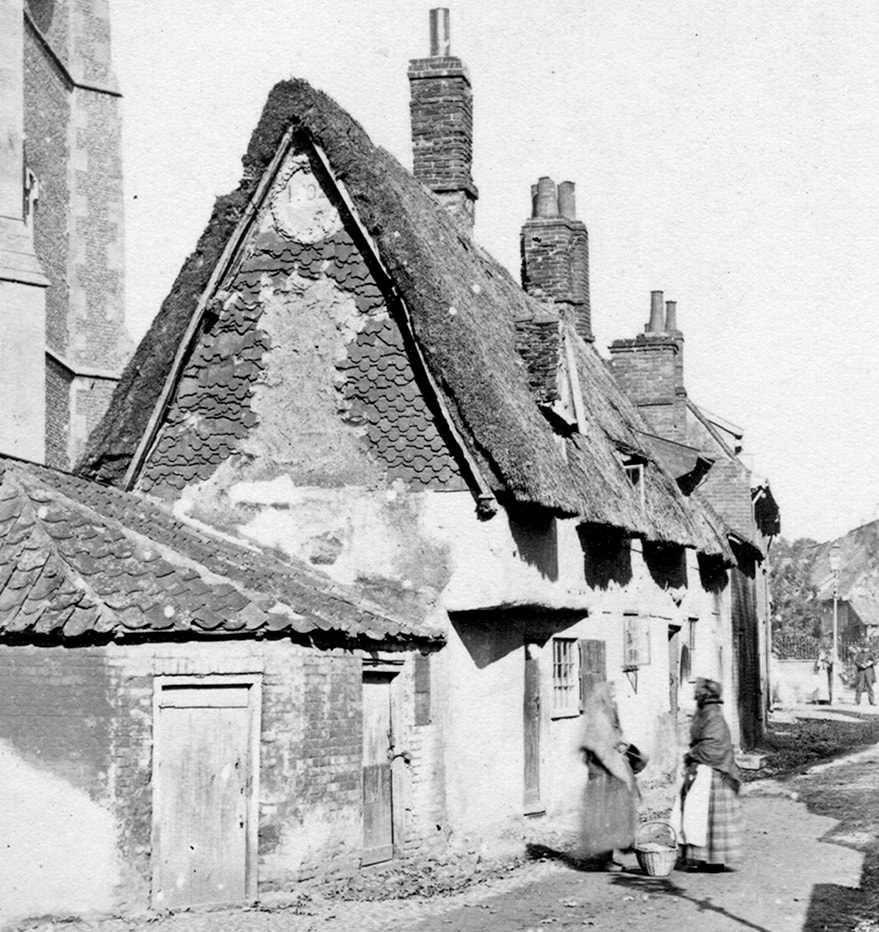 The earliest known photograph of Bishop Bonner's cottages dated c1870.
Disabled access
The nature of this old building, with its winding, narrow and steep staircases and uneven floors, makes access to the first floor difficult. We do have a slide show of the upper floor rooms for those that cannot manage the stairs. 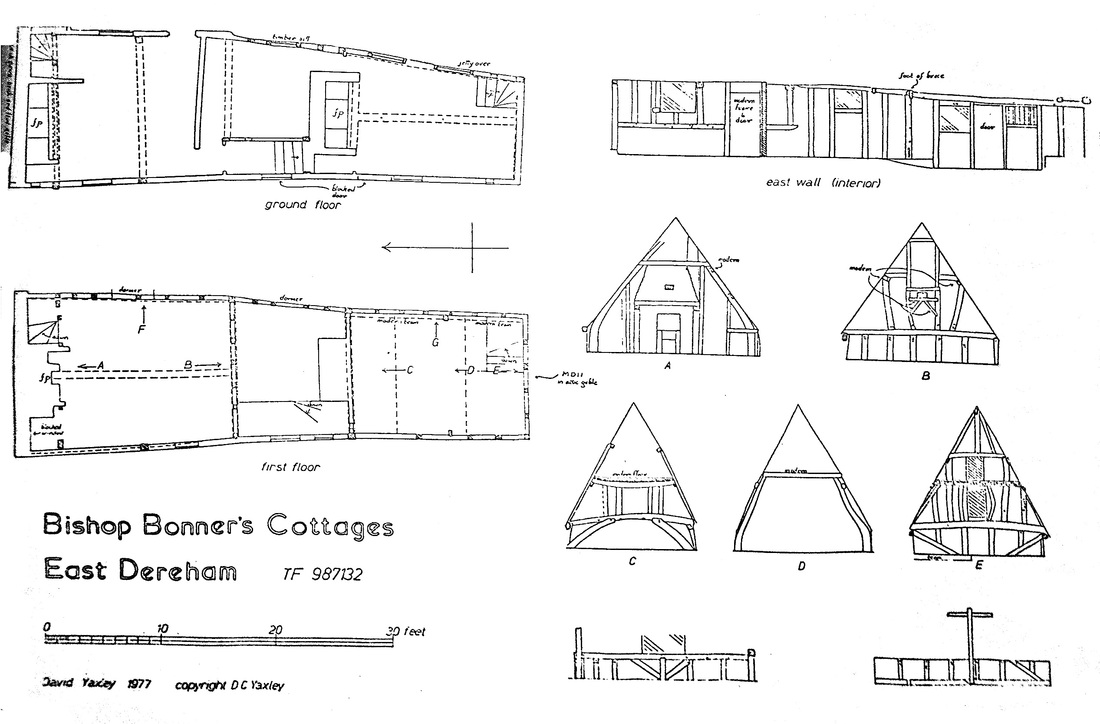 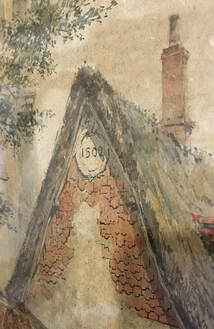 1860s watercolour showing the date in Arabic numerals as it was before the restoration of 1905.
The cottages have a single elaborate plasterwork frieze, or “pargetting” decoration, thought to be one of the earliest provincial examples in the UK. The date of 1502 in Roman numerals (MDII) in the plasterwork on the front reflects a date earlier than the actual date of the plasterwork. It was added when the owner decided to decorate all the cottages in the 1600s.
​
The date on the south gable is now in Roman numerals but before the restoration in 1904/5 it appeared as Arabic numerals 1502. We know this from two Victorian paintings c1860s of the building that shows the south gable.
One theory is that the pargetting was added to these cottages near the church to commemorate what was believed to have been Bishop Bonner’s birth date and possibly even his birthplace. Although neither need be true, it was probably the quality of the plasterwork which almost certainly saved these cottages from demolition.

Who was Bishop Bonner? 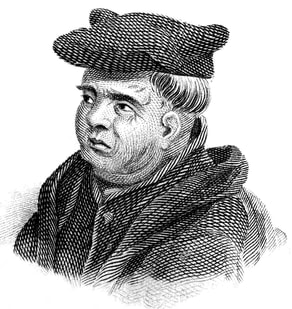 The cottage takes its name from Bishop Bonner, Rector of neighbouring St Nicholas’s Church during the 1530s. Edward Bonner first came to prominence as chaplain to Cardinal Wolsey from 1529. He was sent to Rome to try and negotiate with the pope over the annulment of Henry VIII’s marriage to Katherine of Aragon. Failure to achieve that led to the fall of Wolsey and the rise to power of Thomas Cromwell as chief adviser to the king. Bonner accepted the break with Rome and there followed various diplomatic missions for which he was rewarded by being appointed the Rector of East Dereham (1534 - 1540) and several other parishes  across England. However, what with his other duties it is unlikely that he spent much time here. In 1539 he was made Bishop of London and so resigned from his other parishes. While accepting the break with Rome by Henry VIII, he resisted the later Protestant reforms under Edward VI and was deprived of his position in 1549 and spent the rest of Edward’s reign in prison.  When the Catholic Mary Tudor became queen in 1553 he was released and restored to his bishopric where he became notorious for his persecution of the Protestants, gaining himself the title of ‘Bloody Bonner’. On the death of Queen Mary and the accession of Elizabeth I in 1559, he again lost his position and spent the rest of his life a prisoner, dying in 1569.  His association with the cottages is tenuous. He did leave money to improve almshouses beside the churchyard, but there is no proof that the will actually referred to these cottages. 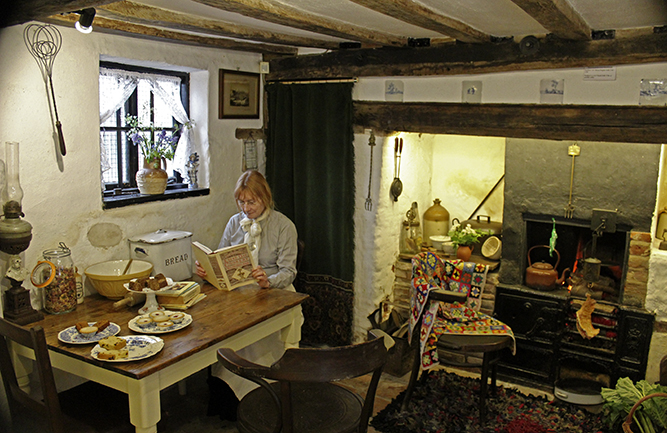 New setting in 'One-armed Jack's room for 2013
More than 400 years later, war veteran ‘One-armed Jack’ was the last resident of the Cottage, and is something of a local legend, remembered by some of the town’s older community.
​
Visit the Museum to learn more about Dereham’s past. There are permanent displays of local artefacts and photographs and special exhibitions from the local archive collection showing how life in Dereham has changed over the centuries. 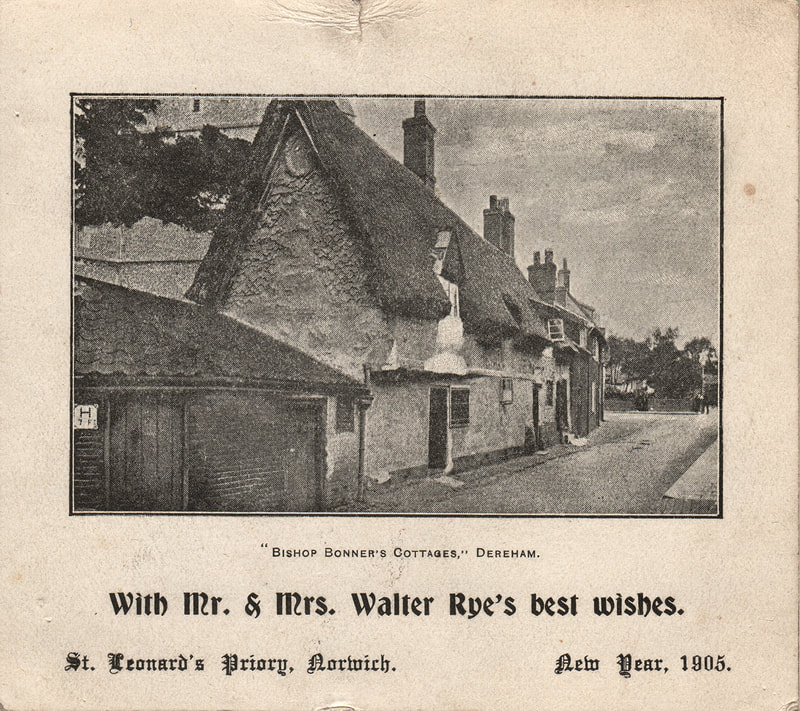 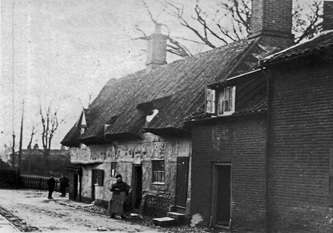 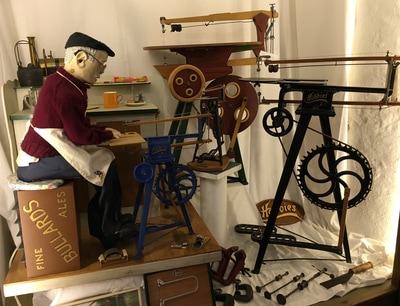 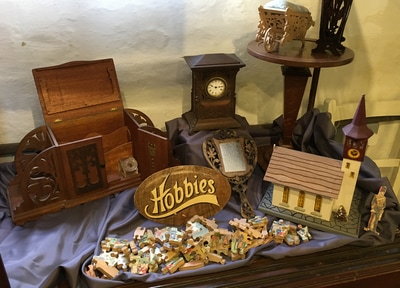 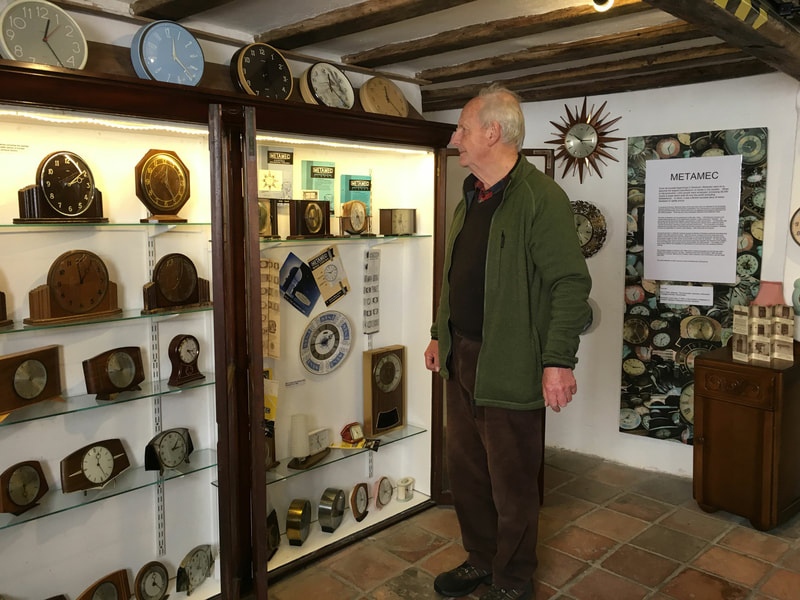 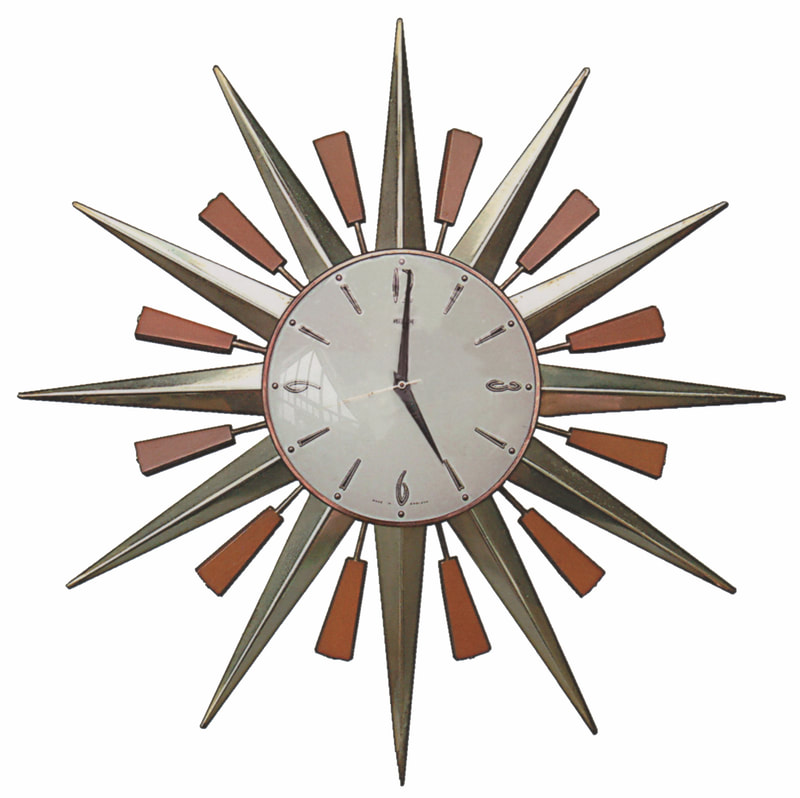 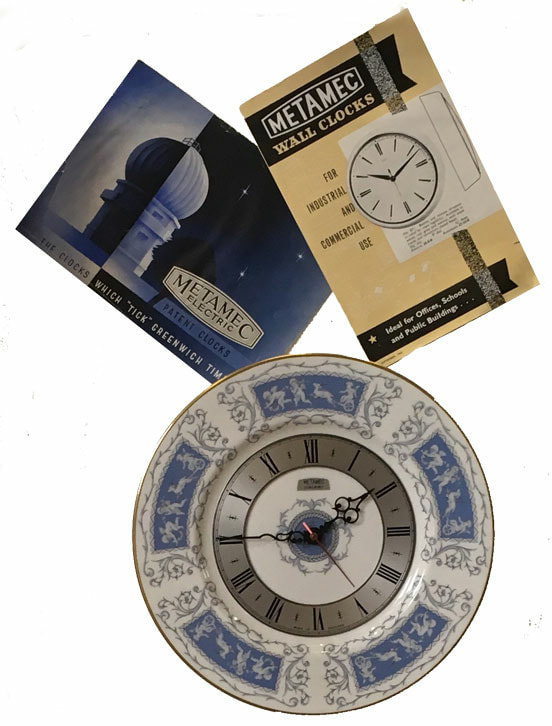 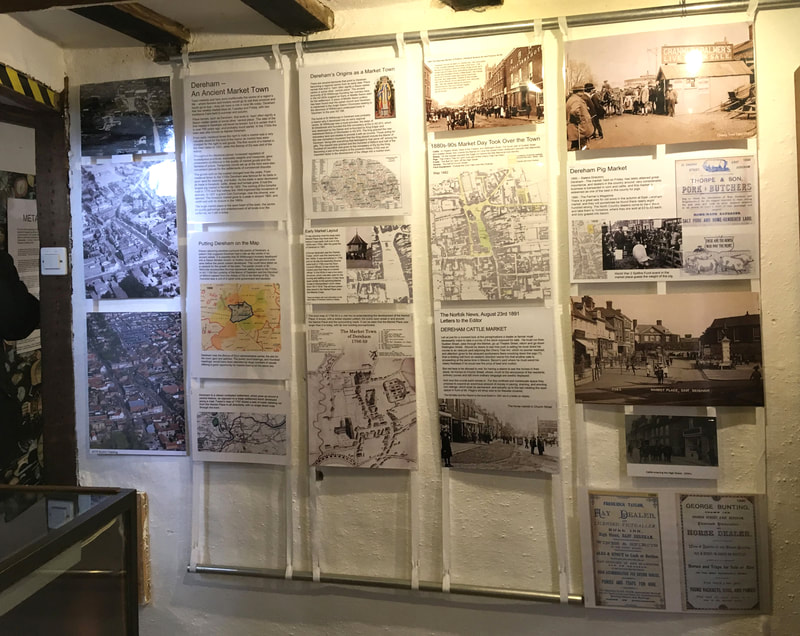 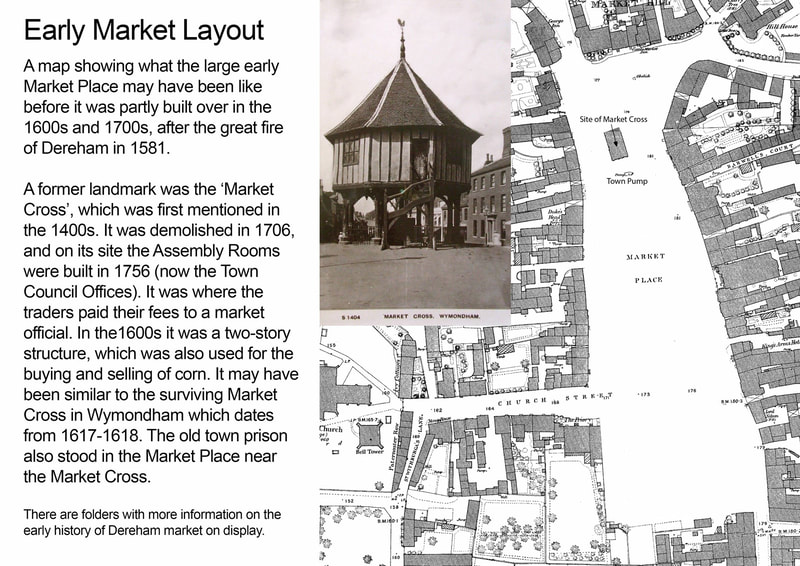 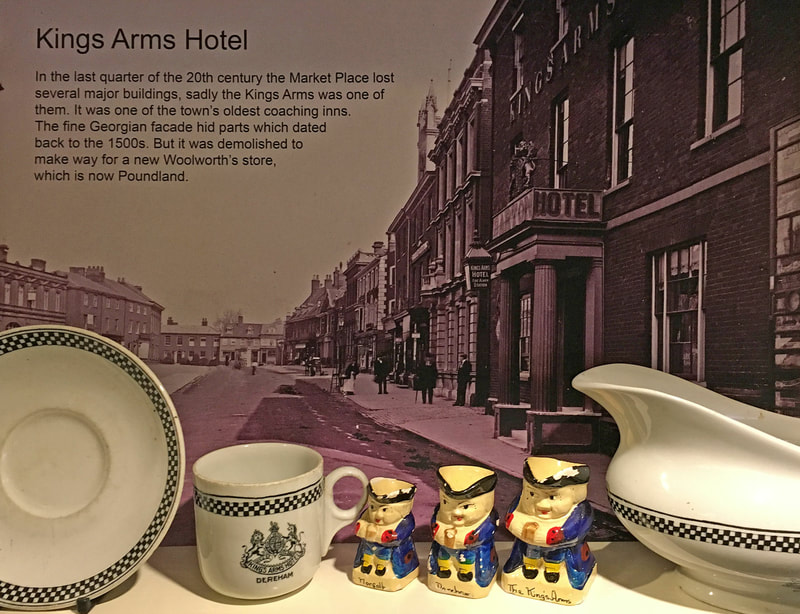 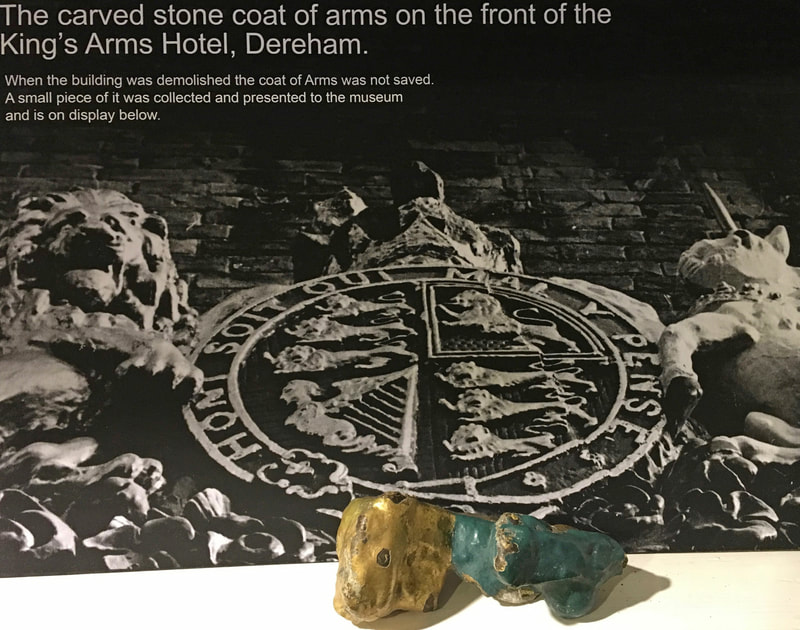 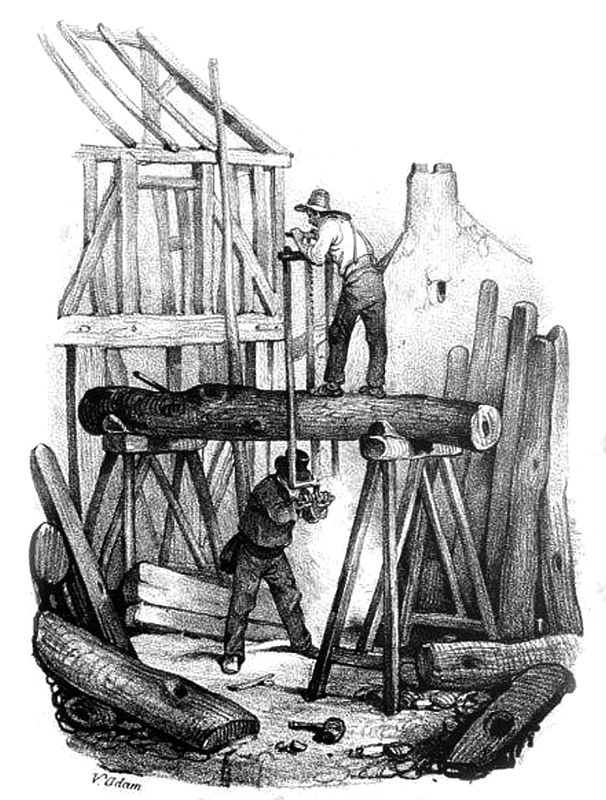 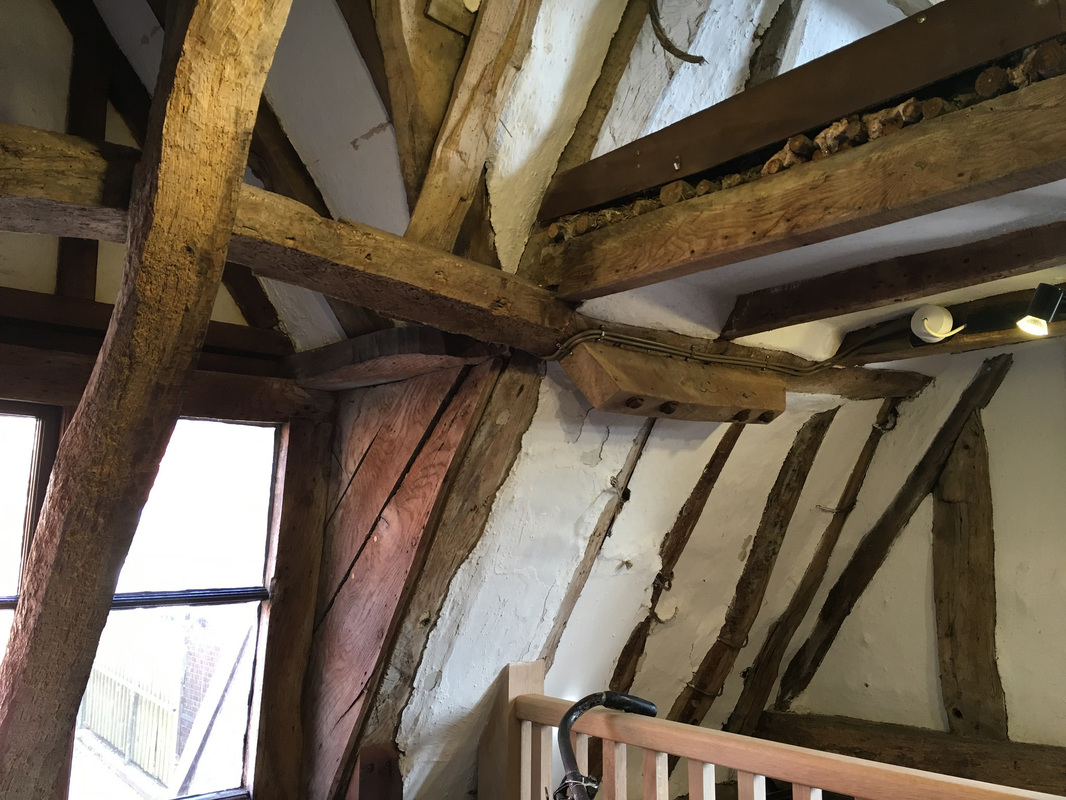 Timber framing on the upper floor of the cottage.